The University of Strathclyde Law Clinic enjoyed a successful night at the eighth annual Herald Society Awards with the Clinic’s Executive Committee winning the “Team of the Year” Award. 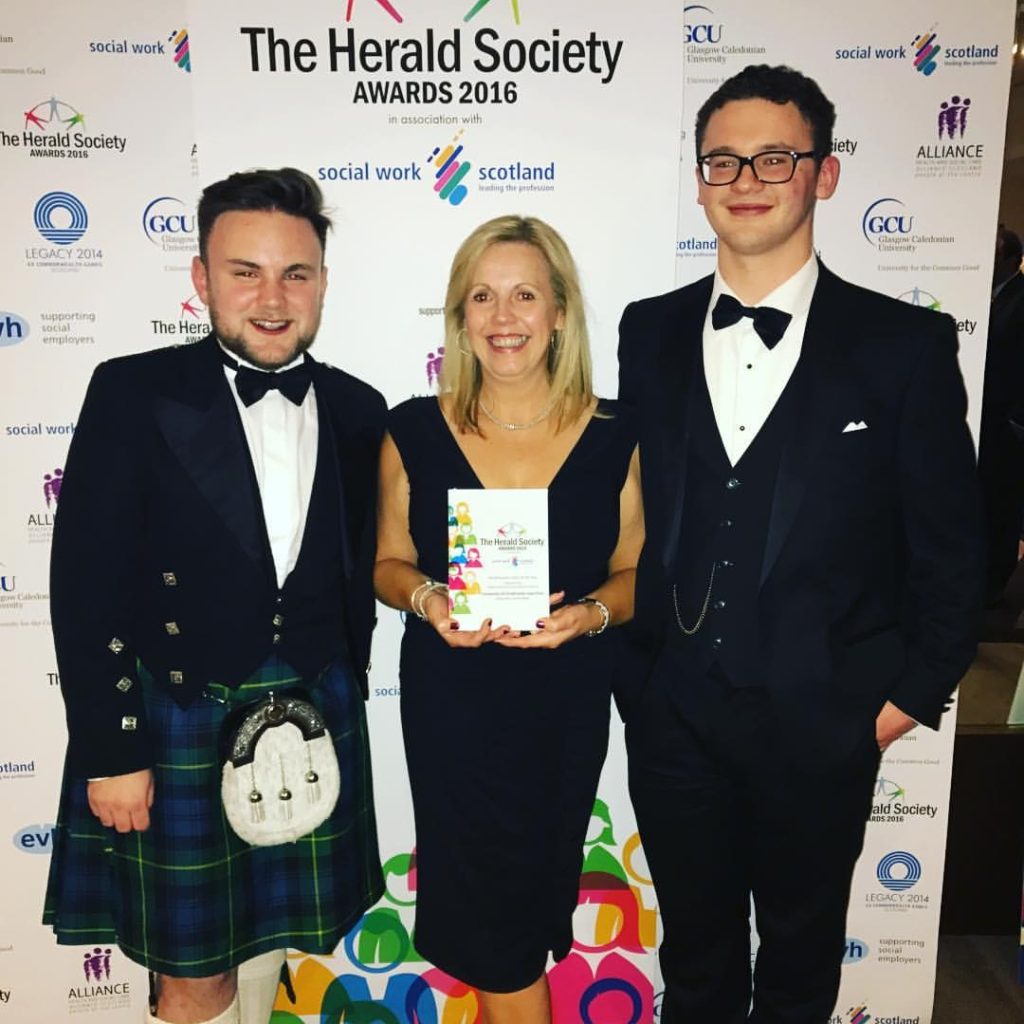 The award ceremony was held this past Wednesday (2 November 2016) at the Crowne Plaza Hotel in Glasgow. Co-Student Directors Jacob Hay and Fergus Lawrie represented the Clinic at the ceremony alongside Diane Inglis, who was nominated for the Unsung Hero Award.

Beating out some stiff competition, the Executive Committee won the award for its work over the past year. The Executive Committee is formed of staff members and student volunteers who are responsible for matters such as recruitment, training, IT, publicity, Clinic development and external relations. The Committee also consists of elected members who take the lead on policy making and ad hoc tasks to ensure that the Clinic meets its objectives.

It is enormously gratifying that the Clinic’s Executive Committee has been recognised at these prestigious awards. It would be impossible for the Law Clinic to serve so many clients, provide some many community services, involve so many students and be so successful without the Executive Committee. Staff members go well beyond their supervisory duties to help run the Clinic and oversee services not involving case work. But it is the dedication and hard work of the student members which is truly amazing and worthy of recognition. Many of the initiatives which have made the Clinic so successful have come from the students. They put in the time over and above their studies and other Clinic work equivalent to three full staff members and are on hand at all hours to assist me. Indeed, winning this award demonstrates that their hard work is not only appreciated by me and their Clinic colleagues, but also the wider community.

While our Administrator, Diane Inglis, didn’t win in her category of Unsung Hero, she was up against very tough and very impressive competition. In truth, recognition of the Executive Committee is in no small way recognition of her work: as she is at the heart of almost everything the Clinic does. We all owe her a debt of gratitude.