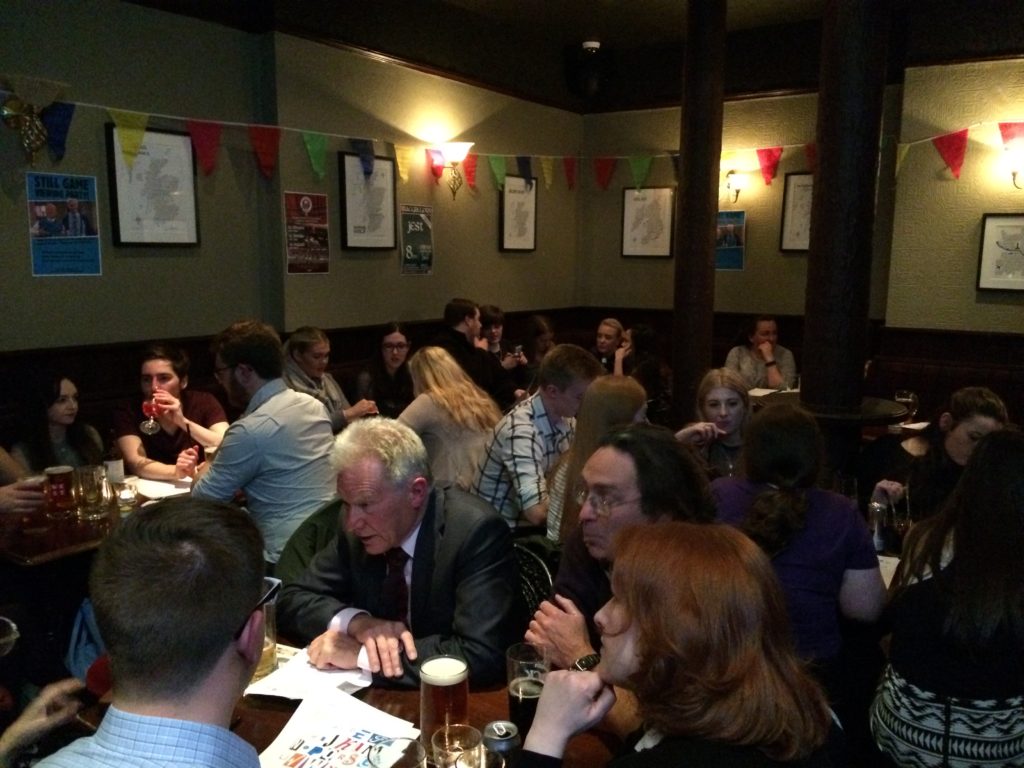 With Student Director/pub quiz host extraordinaire/Jacob Hay asking the questions, there were six rounds with a range of topics tackled including Olympic history, the silver screen and well known brand logos.  After six intense rounds, two teams emerged from the pack to go through to an (impromptu) tie-breaker: the Law School academics’ ‘Make Donald Great Again’ and a combined force of the Law Clinic’s Firms E, G, and H who had finished both with 64 points.  After a nail-biting finale, the student team was victorious with the winners receiving sweet treats which they graciously shared among the participants.

The Great Legal Quiz is a nationwide quiz event organised by the Access to Justice Foundation as part of National Pro Bono Week (7-11 November 2016). Several teams from up and down the country were taking part in the same quiz on the same evening in order to support local advice agencies and charities working to improve access to justice in the UK.

“I want to say a massive thank you to everyone who competed in the Great Legal Quiz.  The success of events like this is owed to those who come along and make them so enjoyable.  With the venue filled, the night was a success.  As the academic year goes on, we will continue to hold events that both raise funds for the Clinic and, just as importantly, are lots of fun.”