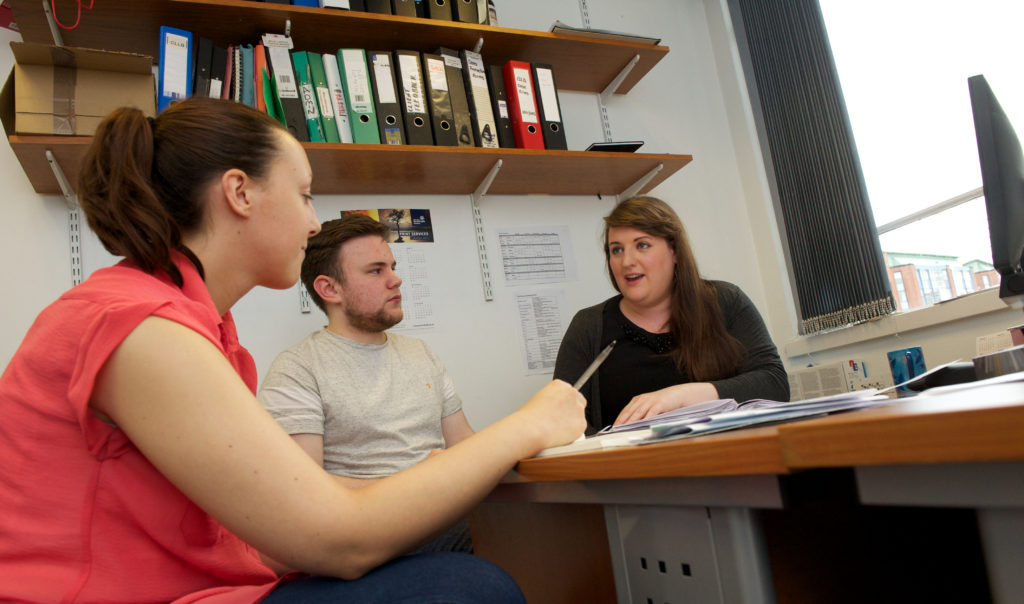 Thrown in at the deep end in Dundee… And came back out with Case of the Year award!

I joined the Law Clinic in September 2014 on starting my Graduate Entry Clinical LLB degree. I patiently waited to be assigned a case and went along to IAC’s to get some experience of dealing with clients. It was February 2015 before my time came and I was assigned my very first Law Clinic case. It unfolded into a bewildering yet exciting case and one from which I learnt a lot.

There is something about the lack of information which makes getting a new case even more exciting! The client was facing charges of misconduct by the Scottish Social Services Council who are the regulatory body for the social service workforce in Scotland. She had been dismissed from her position of employment in a nursery and the SSSC was proposing to strike her off the register of accredited social workers. We were faced with the task of fighting for her to continue to work in a job that she loved and save her livelihood – pretty daunting when you think about it!

I began by researching the remit of the SSSC and reading their past decisions, and getting to know the case inside out. Together with preparing the case directly, I also travelled to Dundee to sit in on a hearing to get a feel for the place and to give me an insight into how the hearing would take place, how to address the panel and who sits where – all the subliminal yet important things which can greatly affect your case.

Overall, my experience was very positive, especially in light of this being my first case. We successfully defended our client and the charges were found not proven. Consequently she retained her registration and was able to continue her dreams of working in childcare. What we had achieved really hit home when we received a thank you card: “I cannot put into words how much I appreciate everything you’ve done for me! I’m very busy at work, doing the job I love, which may have ended without your support and representation!”

This really proves that the hard work we put in was definitely worth it. Looking back, I’m not sure if I would do anything differently. I think I took a number of preparatory steps and precautions which overall put me in an excellent position.

Recently, one of the Law Clinics’ longest-running cases has come to a very satisfying end. A client who came to us for help in 2010 with a dispute over the terms of a will, and has had at least five student advisors working on her case over the years, has finally had her case settled. We are delighted to say that this client was sent a cheque recently for £40,000, which she has now collected.

This win for a client is the second highest in the 13 year history of the Law Clinic and it would not be going too far to say that many of us thought that this case might never be resolved. We are all thrilled at the fantastic outcome for the client.

Whilst it is always gratifying to successfully help a client with their case, it is particularly satisfying in these circumstances when the client has had to wait so long for a resolution

The client came to the Law Clinic after being dismissed from her employer by text and without notice. The client indicated that she thought this was because of an email exchange with her employer in which the discussion became unexpectedly heated. The client had done nothing to provoke this and was simply informing her employer that she believed someone else would be working a Sunday shift as she had worked the previous Sunday. Despite this, the client acknowledged her dismissal and began to seek alternative employment.

Following her dismissal, the client received some of the pay she was due, but realised that this was not all she was owed. This led to her raising an Employment Tribunal claim for unpaid wages and unfair dismissal. When she was referred to the Law Clinic, advisors attended a preliminary hearing where many issues were raised by the other side, who sought to have the case dismissed. Dates for the full hearing were then set. However, the other side raised objections to several of these dates and engaged in many delaying tactics. This resulted in the overall hearing lasting a total of 10 days over the course of a year.

When the case was eventually heard at Tribunal, the other side tried to intimidate both the Tribunal Judge and the client. This resulted in the student advisors often having to step in to prevent this. Such behaviour only delayed the hearing further and caused the client significant stress. Eventually, the decision made by the Tribunal was to award our client the sum of £2,073.02.

The client had signed a contract and paid a deposit of £5000 for a mobile home. The client had not completed the sale for her own property and ran into difficulties in obtaining finance for the new property. To continue with the sale would have put the client in an unstable financial position. After notifying the respondent, the client was informed that she would not receive any portion of the deposit back as she was seeking. The client was seeking to have a portion of the deposit amount recovered. A case was raised relating to Unfair Contract terms and it was successfully argued that the respondent did not have a set method of calculating the deposit amount and the deposit sum was disproportionate. The court awarded the client £2000.